“Everyone who hears these words of mine and puts them into practice is like a wise man who built his house on the rock.  The rain came down, the streams rose, and the winds blew and beat against that house; yet it did not fall because it had its foundation on the rock.” 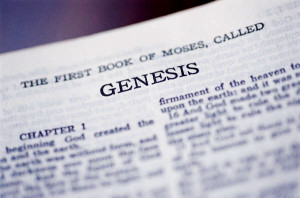 3 WAYS TO SEE HOW THE BIBLE MESSAGE CAN MAKE SENSE OF OUR LIVES: There are times in our lives when the journey we are on becomes difficult and we feel the need to seek out some meaningful answers.  Many of the answers we are looking for can be found in the pages of the Bible … but where to start? Understanding Your Bible Click on this link to go to a great new web page with inspiring ideas to understand your Bible better.  We hope you find it useful and if you want any local advice please get in contact with us…..

Jesus Rose from the Dead

Easter time is associated with the death and resurrection of Jesus Christ. The question is though, did Jesus really rise from the dead? Also, if he was raised, why is this important to you and me?

The Bible is very clear and specific that Jesus did rise from the dead. Here is what Paul wrote to the church in Corinth.

But in fact Christ has been raised from the dead, the first-fruits of those who have fallen asleep.

The Bible also tells us that many people saw him alive after his death, on one occasion being seen by 500 people. But, is there any other evidence apart from the Bible record?  Yes there is.

A man named Frank Morrison decided to write a book called “Who moved the stone”.  His intention when he began to write was to disprove the Bible record of the resurrection of Jesus. In the end after all his research, his conclusion was quite the opposite.

One of the most respected Jewish historians was a man named Josephus. Bearing in mind the fact that it was the Jews who were responsible for what happened to Jesus Christ, this is an extract from his writings.

“Now there was about this time Jesus, a wise man …. a doer of wonderful works, a teacher if such men as receive the truth with pleasure. …. He was [the] Christ; and when Pilate,  at the suggestion of the principle men amongst us, had condemned him to the cross …. He appeared to those that loved him alive again the third day, as the divine prophets had foretold.”

Even the Roman historian Tacitus records the remarkable reaction of the people at this time to a man named Jesus Christ.

A professor of history at Oxford University, one Thomas Arnold, studied the resurrection event for many years and this was his conclusion:

“I know of no fact in the history of mankind which is proved by better and fuller evidence of every sort, to the understanding of a fair inquirer, than the sign that God has given us, that Christ died and rose again from the dead.”

If we return to the Biblical record, we find that the resurrection of Jesus had a significant impact on his followers and also his family. In the case of his family, we read that his half-brothers did not believe his teachings when Jesus was alive. After his death, there was certainly a transformation in some of them and they openly preached that Jesus was alive again. In the case of his followers, many suffered greatly for preaching that Jesus rose from the dead. Some were even killed as a result. Enduring this suffering, in preaching about the resurrection of Jesus they must have been absolutely certain he was alive. Several of them, as well as some family members, actually saw Jesus alive after his death.

So why does this matter to us? The verse we quoted above from Corinthians states that Jesus was the ‘first-fruits’. This clearly implies there will be others to be raised from the dead.

Forty days after Jesus was raised, the Bible records that he ascended to heaven. The hope for us is that he will return to this earth to setup a wonderful and peaceful kingdom when all the world’s current problems will be resolved. Eventually there will be no more death. Read on in the chapter from Corinthians for confirmation of this – 1 Corinthians 15 verses 21 to 26.

The ascension and return of Jesus gives us real hope and comfort if we believe in Jesus and what the Bible tells us. Finally, here is confirmation from the Bible that this will certainly happen.

And when he (Jesus) had said these things, as they were looking on, he was lifted up, and a cloud took him out of their sight. And while they were gazing into heaven as he went, behold, two men stood by them in white robes, and said, “Men of Galilee, why do you stand looking into heaven? This Jesus, who was taken up from you into heaven, will come in the same way as you saw him go into heaven.”